It appears to be a bad fatigue day. No pain threshold and my pills hit like a truck.

Also, every kitten has mom-meowed at me every time I’ve attempted to stand up and doesn’t let up until I give them an “I know, thanks” and a head scritch.

The “mom-meow” is an interesting thing. It seems to be the way a cat says “?” to humans. (No, seriously, the only way to describe this particular meow is a loud “?”) It comes with an obvious look of concern and is often followed by an “I need nothing but I’m going to follow you until I notice you aren’t trying to overdo it and are safely seated OK no questions” tailing. Ignore it and one is herded elsewhere by attempted group legtangling.

…This is the time for “in Soviet Russia, Cats herd you” jokes. Even though we can’t herd them.

They’re that good at this.

It’s a little past 8 in the morning and I am not rested. I occasionally get bouts of insomnia, which if you know insomnia is kind of a dick. It was four something this morning when I was still up, bitching at the ceiling and my stuffed animals that the pill I’d taken for nausea was doing the opposite of its job.

So to keep missing busy I decided to install an assistant on my phone. An English patch isn’t available for my favorite anymore, so I decided to try something different.

Kicked myself in the teeth when I asked Andromeda (yes, my phone has a name) how to set up Siri. I am an Android user. I do not have Siri. I’m two seconds from correcting myself when Cortana opens and—

Well, I liked that tutorial. It boils down to “Boss me around, we’ll work on nuances later.”

I then set about half a dozen reminders—a function I’ve missed since my Windows Phone days—and took a hit of grape Tylenol.

I woke to a jangly cacophony of alarm tones at about five minutes before it was time to leave. For some fucking reason I glanced at my phone and muttered: “More cowbell.” THEN I spotted the pair of redflats that had made snack of my hand. It will swell up ugly but it’s all they got. The morgue grows.

Shotgun meds, out the door. Not nearly awake.

I’m still amused that CHILDREN’S TYLENOL stacked on this tramodol—which my doctor’s claiming to be a narcotic but all the research says no—is in fact helping. I’m also amused that he almost wilfully overmedicated the otc component but undermedicates everything else. A round of applause for the ever underappreciated pharmacy technicians who keep us from doing the dumb when the doctors aren’t paying attention

I’ll let you know what I think of Cortana in a week.

The realization that it now takes a double of my pain meds has me feeling some type of way. Those would be scared and disappointed.

For a long time I have felt that these things are just a crutch for weakness. Specifically my weakness. And I can’t stand thinking of myself in that zone.

With my pain almost wrangled, I can feel the three worst parts inside of me so clearly—the tear just near the diaphragm; the one in my middle, the one that fails me so often sitting up; the one that starts low and radiates into my groin.

I’m able to swallow water that I carried in a bottle next to me. It’s my first intake since Sunday. The sensation of “thing in stomach” has revived pain center number three.

Drinking water is pain. But I hadn’t had it in a day. I am not brave enough yet to try food.

0340. Nauseated. Praying that sleep takes me back. It was only an hour of respite. 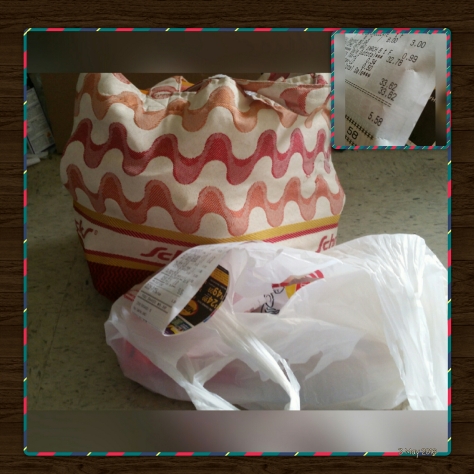 About a week of groceries there. There is not much variety today. Or much there at all really. The tear in my abdominal wall muscles keeps me from carrying much, as well as from eating much—if my stomach is close to half full that part of my body is nothing but pain.

So dinner is a single bologna sandwich, made with the cheapest brand I’ve ever seen, praying that “flavorings” on the ingredients list doesn’t involve anything related to juniper.

The pain in my side is about the worst it’s been in a while… And the worst part about it was that it decided to kick in at the store. An impulsive decision to use a European style shopping cart paid off when I used it to keep from hitting the floor.

I should have got a motor cart was my first thought. The second was blinding panic. You know, the usual. Is this that bad this can’t be that bad SUCK IT UP MOTHERFUCKER

The aisle goes Laser Floyd. Muscle spasms in the area force me back onto the cart.

Is this it? Am I DISABLED?

It took a lot of good Samaritans to get me home today. The groceries were put away, only mildly smashed—the bread may reinflate from where I landed on it—and I was finally able to rest.

I’m not sure what I’m supposed to do. This is the kind of injury that I’m not supposed to do the things that are in my line of work. But if I don’t, bills and rent…don’t. If I keep working, I could really wreck my body… Well, worse.